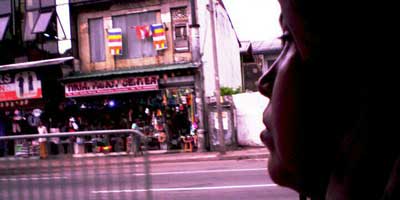 Last June, while visiting a north-western province in Sri Lanka, I had the chance of observing a community development initiative that focused on women’s empowerment and enhancing their role in participatory democracy. One of interesting prescripts that I observed was that most of the requests came from local women, who brought their concerns to informal gatherings; from where community organizers took on the role of coming up with ways to effectively address their concerns. These concerns ranged from raising awareness on issues related to domestic violence, marching against a rise in sexual abuse of minors and the culture of impunity surrounding it, and addressing what they saw as a lack of Tamil-language services in the local general hospital and transportation services. The latter of which was rectified by implementing a system of identification, whereby patients now need only present a color-coded card in emergency situations to receive services in the appropriate language, reducing the dangers of misdiagnosis and further distress.

Such ingenious solutions by locals stem from their ties to “place”, which is simultaneously an ecological design practice as a well as a proven sustainable development paradigm. It’s the idea that solutions derived from the lived experiences of locals have a transformative potential for communities, which far exceed the effectiveness of top-down policies implemented by central authorities. These women had no thought for waiting around until the authorities addressed their issues, they simply seized the day. All of this is to say that, in a country mired by nepotism and bureaucratic red -tape, the remarkable achievements of such women, demonstrate that there is still space, however small, in the Sri Lankan socio-political landscape for women to push for change. Needless to say that these women, who mainly spoke Tamil and many of whom were Muslim, get over looked time and time again by much of the media, and even parts of civil society, who only continue to obscure their presence from the public psyche.

In light of the rise in Islamophobic elements within Sri Lanka, many of the country’s Muslim women now find themselves in the frontlines of the chauvinism spearheaded by racist groups such as the Bodu Bala Sena (Buddhist Power Force). Muslim women, who increasingly don the veil or the long black robes, have been cited as a threat to such group’s xenophobic ideals, who find them guilty by association due to increasing visibility.

This is, of course, nothing new in my part of the world, where the meanings and connotations of Muslim women’s sartorial attires have been perpetually intellectualized, politicized and mystified since the Orientalist narratives began trickling in from the colonial era. More recently, the attacks on the world trade center and the subsequent “War on Terror”, has garnered new waves of (mis)representation of visibly Muslim women as either oppressed and in need of saving – incidentally a cause championed by mainstream U.S feminists during the Afghan war, or as abettors to violent extremism. It’s particularly unsettling for me to see these sentiments, or rather what I more comfortably understood to be the “western” obsession with veiled Muslim bodies, beginning to mirror in the psyche of subalterns on the other side of the globe. Looking at this situation through the post-colonial lens, particularly in the post-911 context, might be a worthwhile intellectual exercise for the Island’s scholars, but for now, it suffices to say that the rise in Islamophobia threatens to seriously “other”ize and dehumanize the country’s millennia-old Muslim community.

There is an ancient Chinese proverb that goes something along the lines of, “When sleeping women wake, mountains move.” Those looking to put an end to this scourge of Islamophobia, need to earnestly look for ways to meaningfully engage and empower Muslim women, who are facing a brunt of the harassment, to stand up against the charges being mounted against themselves and their communities. Using established women’s networks within the country to forge ties with those who go unheard, especially the ones who do not speak English or have ready access to the internet, would be a great place to start. The transformative power of women’s voices cannot be undermined. There might be obstacles for such initiatives, from within the Muslim community and without, but the trouble with movements that neglect to integrate half of its population is that it sets itself up for failure. The potential for change that rest in the intersectionalities that bring together disenfranchised groups, in this particular case a gendered one, need to be looked into and harnessed by civil society and activist groups alike. Because this moment presents a tremendous opportunity to not only come together for the cause of dismantling racist groups within the country, it will also expand the spaces available for Muslim women to meaningfully engage themselves in the public sphere in order to improve their own social conditions. Having exhausted every possible means to find the silver-linings in this entire affair, this presented itself to me as the brightest one.

In an ideal world, Muslims, men and women, would be at the forefront of initiatives that try to demystify the fog of fear and hate centrifuged by these racist elements, but the realities on the ground remain far too precarious and partial to the powerful. Most are caught up in the daily struggles of simply making ends meet, without having to mount a cape and be asked to save the country’s soul. Regardless, a recent candle light vigil was bravely organized in Colombo, which was subsequently quashed by the Police before a decent crowd had a chance to convene. This anonymous blogger reflects on her frustrations and trepidation for the future of the country’s minorities, while another deplores the absence of lay men and women in attendance, whose participation would make the difference between real progress and a cosmetic one.

Lastly, I have noticed many journalists and activists alluding to the anti-Tamil pogroms of 1983, as a way to warn against allowing the darker side of the country’s history to repeat itself, without much reference to the real implications and fall out to the minority community who faced the horrors of that time. It is not enough for activists to invoke this horrific period in such a way, because the “others” of that time, the Tamils, still remain so as evidenced by the ongoing difficulties in securing meaningful reconciliation. Invoking this still unresolved conflict could provide no reassurance to the country’s growing and newly minting “other” minority.  Surely, the bottom line must be set somewhere higher than simply avoiding another pogrom. But what would it take? What would such a proactive measures look like? How should it pan out in the lives and experiences of the ordinary citizen, including the women and most important the women, who are now in the forefront of this racist onslaught? The answer to any of these questions can certainly not be found in the shadows of the skeletal remains of the ghost of a war in our past.

Hafsa is currently a design student, with a penchant for political and community development work. A news junkie and social justice advocate, she writes occasionally to the world and incessantly for her self