Women's Rights and the New Media 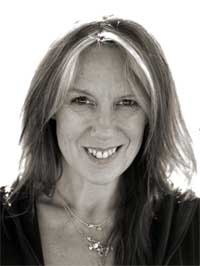 "Social media is undoubtedly an empowering tool. Here in the industrialized west, we take it for granted, but we need to remember that it isn’t like that everywhere.

Women need access to the toolbox, and help in using the tools to shape the worlds they want to live in safely.  For many, there’s a long road ahead in that quest.”

Julia's particular research interests lie in the intersection of representations of crime, conflict and trauma with new media technologies.

Julia wrote her dissertation on responses to the disappearance of Madeleine McCann on YouTube. She has also co-written a chapter on reaction videos on YouTube for a book, “Controversial Images,” edited by Feona Attwood, Professor of Sex, Communication and Culture at Sheffield Hallam University.

Julia describes new media as digital media forms that hand the means of production, as well as consumption over to the users.

She believes that that model has gone for good now.

People can use hand-held digital devices to make their own news, and upload it to sites such as YouTube, where it can be seen by millions of viewers.

She insists that blogging, citizen journalism, user-generated news, and Twitter, put the means of producing news into the hands of the audience, and that the news industry cannot stop that.

“Audiences no longer see journalists as the sole gatekeepers of our news, so journalists need to work hard to keep a professional foothold.  It’s all about evolving to incorporate new media cultures, and to find an economic model that allows news to remain a financially viable product in a new media era.

I think there will always be a place for good, transparent, professional journalism in the new marketplace, but it will have to operate firmly within a new media culture. These are tricky but interesting times for journalism, and journalists need to think creatively about what the news of the future will need to look like.  Audiences are much more powerful now in setting that agenda, and demanding to be part of the process.”

Julia does not think that new media forms alone change gender politics and representational practices.  She considers the idea that they can often produce digital extensions of the worlds they emerge from, with all of their prejudices and politics.

“Hopefully, if more women have the opportunity to represent themselves, or speak out against what they see as unfair representations, then those changes will eventually feedback into everyday culture and politics generally. It won’t happen overnight though.”

There has been a lot in the media about women “owning” social media and new media empowering women; how true is this?

“What interests me most about this, is the fact that most of the stats and discussions around this I come across, are driven my marketing companies working out how best to use social media to get at the female pound, dollar or whatever currency applies.  So yes – it might empower women in the ways I have addressed above, but it might equally be colonised by corporate interests delighted to be able to target women with specific marketing campaigns.

There is a balance to be drawn in our responses to new media for women – yes we should celebrate the potential, but we shouldn’t let that blind us to remaining mindful the other ways, in which women might be interpellated and further commodified through new media forms.“

And does Julia think new media helps give a voice to all women, women from different backgrounds and cultures? She thinks it has the potential to do so.

“It always depends on access to the technologies needed.  It also depends on the kinds of political, or even domestic circumstances that women are living in. Whether they have advocates to help them mobilize the resources they need to get their voices heard safely, without fear of retribution.

Social media is undoubtedly an empowering tool. Here in the industrialized West, we take it for granted, but we need to remember that it isn’t like that everywhere. Women need access to the toolbox, and help in using the tools to shape the worlds they want to live in safely.  For many, there’s a long road ahead in that quest.”

Julia believes there have been many successes in the fight for women’s rights in Britain, including legislation such as the Equal Pay Act in 1970 and the Sex Discrimination Act in 1975; the legal recognition of rape in marriage as a criminal act in 1994; the Human Rights Act in 2000; Independent taxation for women in the 1990's.

The election of 101 Labour women MPs in the 1997 General Election, and the legal recognition of women-only candidate shortlists, redressed the gender balance in parliament.

“Still lacking – despite the successes in improving political representation, they remain outnumbered 4 to 1 by men in parliament

Recent governmental cuts have hit women very hard indeed, and probably undone a lot of the excellent work done to progress equality for women over the last couple of decades. The cutting of public services pertaining to care, swingeing benefit cuts, and job losses have left many women weakened economically and in terms of their employment and social status.

Women still on average earn around 15% less per hour than men.”

Women Still Have a Long Way to Go

Julia says that more women should be encouraged to go into politics through the education system.

She also believes that women should campaign hard against the cuts that are disempowering them – greater visibility in parliament as set out above would help, as would any level of action at local levels.  Social media networking can help in joining up small local campaigns to create a larger critical mass of awareness and support.

“I am often amazed that young women coming into journalism seem to believe that there is no work left to be done in the fight for equality.  Lots of young women seem resistant to being branded as ‘feminists’.  So many begin sentence with “I’m not a feminist, but....”  My response to that is, 'Why not? If you’re a woman, and you think critically about your role and status in society, you are a feminist – and you should be proud of that'.

I think second wave militant feminism got itself a bad name, and young women now think that “girl power” has redressed the balance.  It’s brilliant that women can wear what they want, enjoy their sexuality, be as loud and raucous as the boys.

I totally celebrate that – and I’m glad we can all enjoy the benefits, but I also say look harder at the facts that sit behind the spectacle of girl power.  We have a long way to go to achieve complete equality, and in some parts of the world, Afghanistan for example, the work has only just begun.”

“I love swimming, especially in the sea, walking, reading, film, travel, and just hanging out with my boys...”

Julia has been married for nearly twenty years. Her husband is a qualified social worker, but now makes his living doing a combination of care work and photography. She has three children – Finn (13), Jake (16), and Dylan (17).

“I had the boys quite close together, and it’s fabulous to see how they’ve all developed such different personalities and approaches to life, and what they want from it.  I’m proud of them all.  I did my degree when they were all under four, so it was hard going at times. In fact I had Finn at the time I was doing my dissertation. I always joke that he’s already done a degree because he used to come to class with me when he was new-born.  He’d sit in his baby seat under the desk, and we used to pass him round the group when he woke up and wanted attention.

There was a lot of feminism on the curriculum that year, so I’m hoping he’ll grow up to be a proper feminist!”

Julia has a string of impressive achievements, including a BA (Hons) in English with Media, two PGCE qualifications (post graduate certificate in education), an MA in Mass Communications from Leicester University, and she has also completed an MA in Education.  At present, Julia is reading for her PhD.

“I was proud of getting my first class degree as I managed that with three kids under four.  However, getting a distinction in my MA in Mass Communications at Leicester University was a real achievement.

I was teaching full-time when I did the degree, so I really had to put the work in my spare time.  It’s a highly acclaimed degree and lots of world-leading scholars in media and culture studies both take it, and teach on it.

To be getting excellent marks and feedback from people whose books I had been using in my classes, felt like a real achievement. I got my first publication on the back of the MA as well.”

Julia Kennedy grew up in the North West of England, near Blackpool, but moved to South-Devon when she was 10. Her parents were in the hotel trade so she had the pleasure of growing up in holiday resorts.

She began working as a part-time lecturer at University College Falmouth in 2001 after her degree, and gradually worked her way up to a full-time position on the Journalism course. Before becoming a lecturer Julia worked as a nurse, she specialized in emergency nursing, and was also a qualified psychiatric nurse.

“Controversial Images,” edited by Feona Attwood, is in press with Palgrave MacMillan and due for publication.