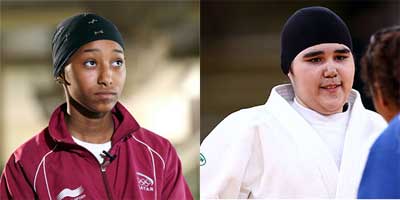 As the 2012 Olympics draw to a close, it is a time for celebration for many reasons. Not only do the Olympics bring out fine qualities in athletes and supporters alike, moreover, the Olympics are a time to highlight fantastic achievements and advancements in sport.

The 2012 Olympics is perhaps the most notable advancement, as it is the first games where every country has had female representatives competing. This is the first Olympic Games in which Saudi Arabia, Brunei and Qatar have permitted females to compete, after the three countries faced much pressure from the International Olympic Committee.

John Hendra of UN Women commends these nations, stating, "UN Women welcomes this decision as an important step and sign of progress in the path towards greater political, social and economic status of women and girls in the region.”

Furthermore, at the Olympic Games in London, women have competed in all the events that men have, including women’s boxing and wrestling. However, because there are no men’s synchronised swimming or rhythmic gymnastics events, women have actually competed in more events than men.

Permitting these women to compete is one step; however, their journeys have been far from easy.

In order to respect Islamic religious custom, she wore a loose suit and a black hat to cover her hair. She was defeated in just over a minute by her Puerto Rican opponent, who held a high level black belt, when Shahrkhani was only a blue belt.

However, this is not the memory that she and her supporters will take away from these Olympic games. For many women in Saudi Arabia, Shahrkhani has acted as a role model, demonstrating that one can respect Islamic traditions while also competing in an international sporting event.

Noor Al-MalkiNoor al-Malki of Qatar had a similarly unlucky heat in the 100 metre sprint, collapsing with an injured leg seconds after the race began. She too was conservatively dressed wearing a bandana to cover her hair. Al - Malki is a fantastic role model for the aspiring female athletes of Qatar and the Middle East. As UN Women’s Hendra states, “It is so true that role models and pioneers can bring about great changes for gender equality.”

Although neither woman was particularly well supported by their country of origin, supporters at the Olympic Games in London and all over the world have recognised the endurance and bravery of these women, and have been particularly active in supporting them.

Maziah MahusinBrunei’s first female athlete, Maziah Mahusin had a more positive experience however, being the flag bearer for her country, and setting the national record for the 400 metre sprint.

She hopes to continue her training and compete at the 2016 Olympics in Rio de Janiero.

Claire Poyser is a Safeworld Student Writer. She is studying Humanities at university in Melbourne, Australia, majoring in international relations and politics, and focusing on women’s rights, injustices towards women, and the experiences of women in peace and conflict situations.

Since then, I have been working hard to share what I learnt at the summit and further highlight the injustices faced by women and girls.

I believe that the Safe World for Women Student Writers Project is the perfect way to do this!"