Sex Trafficking - How Safe Are Our Children? Interview with Diana Scimone 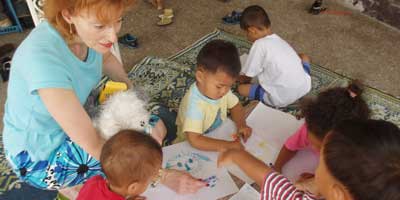 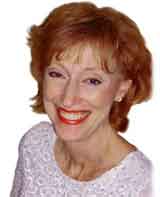 Diana ScimoneWhen asked to interview Diana Scimone, a human rights journalist and founder of Born 2 Fly I was truly horrified to find out that trafficking is the second largest illegal industry in the world, and that UNICEF estimates that a huge 1.2 million children are trafficked a year. However, I was also overwhelmed by the discovery of a number of organisations fighting to change this.

Diana is one of those amazing people who devote their life in order to help the children of the world avoid trafficking, and she has developed a unique strategy to do so.

“Originally I wanted to be a travel writer and did do a lot of that kind of writing, but I kept being moved by the issues of injustice that I saw as I travelled around the world, particularly among children.“

Born 2 Fly was founded after Diana experienced a day in Mumbai which changed her life forever and she has not stopped since. Born 2 Fly is a project aimed at raising awareness about trafficking across the globe, and especially the tactics and lies that traffickers use. With their 6-session community awareness campaign being rolled out across the world, they hope to reach children before the traffickers do.

The Lies That Traffickers Tell

“When I launched Born2Fly, I went on sort of a reconnaissance mission to Thailand to see what we could do to stop child trafficking. I kept hearing that kids get taken because they don't know the lies that traffickers tell. It's the same with their parents.”

Diana, with her team of experts, spent 5 years creating a curriculum which has been translated into England, Spanish, Russian and Visayan (Philippines) so far, with more on the way. The curriculum is accompanied by a wordless book which transcends language barriers and makes the programme accessible to all.

“I knew I couldn't rescue kids, counsel them, build a safe house, or arrest traffickers -- but I was a writer … I mentioned to a few people who work with rescued kids the idea of creating a book and curriculum for kids, parents, and teachers to make them aware about child trafficking and teach them how to stand up to traffickers -- and they loved the idea saying there was nothing like it available. So that's exactly what we did.”

On interviewing Diana, it became clear that she was incredibly passionate about the work she does and she has real reason to be so with Born 2 Fly reaching over 50 countries so far.

“I always tell people if you see an issue of justice that you want to fight, chances are you already have something built inside you that can make a difference.”

At-risk Children in Bulgaria and Russia

The NGOs – which Diana cannot name for their own security – have become Diana’s ‘heroes’ for adopting the B2F programme with enthusiasm even when it was in its ‘raw form’. She gave me some examples of how NGOs have been successful with the programme: 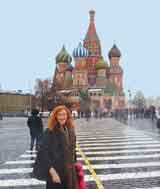 Diana Scimone in Moscow“In Bulgaria, an NGO does summer camps for Roma children, who are extremely at-risk for trafficking. They taught B2F to 1,000 kids last year.

In Russia, we partner with some NGOs that help orphans who "age out" of the system; once they reach age 17, they have to leave the orphanages--and often traffickers are waiting right there to befriend them. They taught B2F to the older kids, who are now going back into the orphanages to teach the younger kids.”

Brutality and Bravery in the Philippines

Sadly, the measures people like Diana are taking against trafficking are not always welcomed. On her blog, Diana posted about a tragic incident in the Philippines when an organisation openly taught the B2F programme in an area where children are regularly kidnapped and trafficked.
Their Philippines director was attacked by a trafficker who broke her ribs, for which he was arrested.

However, this was followed by a horrific incident when one of the children they had been working with was kidnapped and returned with all his organs gone and his head cut off. Despite this, the organisation continued to teach the programme, and was even able to intervene in a trafficking operation. The story is one of horror and outrage, but is an inspirational example of the bravery these organisations require to work against the vast and powerful industry of trafficking.

“The women who work with this NGO are among my heroes … The word "retreat" is not in their vocabulary.”

Child trafficking has proved to be diverse, and much larger in numbers and geographical scope than is visible on the surface. Diana has continuously pushed the fact that trafficking happens everywhere. In fact, ‘The Numbers’ on the B2F website tells us that there are 100,000 children and young women trafficked into America today. This is not a problem anyone can ignore and is one that everyone can help.

“The thing about child trafficking is that we can't draw a circle around it and say, "This is what it is and why it's happening."

Poverty does contribute to it, but poor children are not the only ones who are trafficked. Middle-class girls in big cities in eastern Europe are trafficked. Same in the US. Runaways are particularly vulnerable. Within 48 hours a runaway girl will be approached by a trafficker. Runaways of course are from all socio-economic groups.

Child trafficking is across the board because it is organized crime. It's extremely lucrative with very little risk.

"You can sell a bag of drugs once, but you can sell a child over and over again … All children are vulnerable for this crime.”

Charlotte De Valis a Safeworld Student Writer. She is studying M.St Women’s Studies at the University of Oxford, focusing on race and gender in post-colonial Lusophone literature, gender and development, and women in global humanitarian activism.

"I am currently studying M.St Women’s Studies at the University of Oxford...

The importance I place on the study of global gender and development is partly due to my time spent living and working in Prema Vasam – a children’s home in Chennai, India."