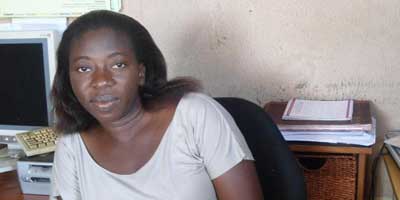 No Sustainable Development Without Education for Girls

In her bedroom, it is one of the rare occasions that I enjoyed silent moments with my sister. She showed me her examination results, she leads her class as usual. She has always been an honor student. Now, with a total G.P. (grade point) of 4.3, but she needs a 4.5 G.P to be awarded the university scholarship.

This conversation led us to the bad old days.

She changed the topic: “Can you remember the day when ‘mamee’ wanted to marry me off to that Alhaji?”

Before I could give a nod, she continued, “If she had married me off at that time I wouldn’t have forgiven her today”.

Those years were hard as expected; a widow and her children.

Alhaji had lovely wives, yes; I could remember vividly, we lived on the same street. He was good to us, but I never realized that “After number six, we still have more than seven and eight”.

We were young; my elder sister should be 15 years. I was tiny, looking like a worm and more of a boy than a girl – maybe my shapelessness saved me and above all, I was rebellious; she was obedient.

Why would such an old man want to marry a 15 year-old child?

Why would my mother conceive such plan? He was old enough to be our father; I really felt that my mother was in a better position to marry him. My sister wept day and night until one day when she relocated and that was the end of discussion.

She pursued her education, she has three degrees, and she speaks French, English, and teaches Hebrew and Greek in Nigeria.

If my sister had married him, she would be in Shukpare Akoko; a farmer, widow with many mouths to feed – just like our mother.

Whenever, I teased her about her love for education, she would say, “I fought for it and I won, I will study till there is nothing to learn anymore”

That was in 1985, the story remains the same today. India has a sour sweet experience which must be explored.

Here children choose to marry one another; it's unbelievable, but happening.

I saw a new thing under the sun. When I heard about it, I covered my ears, but it does not erase its reality: it is a normal occurrence to see a 12 year-old girl married to a 14 year-old boy. It is a way of life of some tribal people.

It is against the law but it is a usual practice.

This type of marriage leads to automatic self-expulsion from school, in a tribal district where there is a 100% drop out in standard 10. These new couples become laborers in farms. The marriage is followed by the birth of a baby through caesarian. After which, the cycle of poverty continues.

The same old story is approaching its end in Maharashtra.

He began with the culture of girls marrying their uncles, called “father’s sister’s daughter”.

This marriage is usually between girls of 12-14 years getting married to their uncles. The main reason for intermarriage is to unite families. But the future of the girl child should be paramount; no education without the girl child.

Hazare revealed that his niece aged 13 did not menstruate before and immediately after her marriage.

Her husband sent her back to her parents; she is needed for procreation. It took her 3 years before she menstruated. This is an indication that her body rejected early marriage.

Maharashtra promulgated a law: "Anyone who marries a girl below the age of 18 would be reported, arrested and prosecuted". This reduced the incidence of child marriage to the barest minimum, though secretly practiced with high risk.

Child marriage can be abolished by enforcing law and the provision of stiffer penalties for offenders. If there is a law, that is strictly adhered to, no one dares commit an offence with impunity.

The only country where this law has no effect is Zimbabwe, and within The Apostolic sect. There, the sect leader's dream leads to a proclamation which automatically enslaves the girl child.

Also, in an odd situation like Nigeria, where influential Northern lawmakers support child marriage, the ordinary citizens should take their destinies into their hand and fight for the right of the girl child

The girl child’s education is an assurance of a secured future for the world.

It must not be sacrificed at the pleasure of some backward and ignorant few.