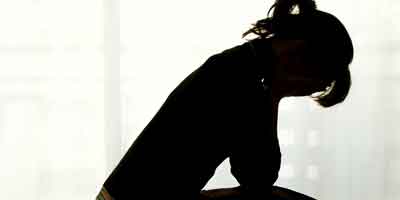 When a Man Doesn't Love a Woman

What is Normal and Acceptable?

It’s not easy to learn that even in the 21 century we women must face violent behavior from men whom we trusted before.

This is just one of many of stories about men who think that this kind of behavior is normal and acceptable.

I will write here about the story of two friends – a male and a female – who I will call Mary and John.

Mary was friend of John, but they lived in different cities, and one day they visited each other.

When Mary was to visit John they had a great time, but John tried to kiss Mary and she did not want him to kiss her. John seemed to understand that, and it was okay between them.

So, one day John came to visit Mary in her place. She treated him very well, just like any friend of hers.

They were walking in a city tour, going to pubs and drinking together, like any friend of hers does. They were sharing the same room and house; he was her guest.

But it seems that he wanted something more than just visiting a friend and enjoying a new city.

One night he let out his worst side – he tried to force her to have sex with him.

First, he tried by force to lay down in the same single bed where Mary was sleeping calmly, and safely (so she thought).  She asked him to leave, but he was forcing his body behind hers.

Then, he began to pass his hands along Mary’s body and kissed her hair.

She was afraid and asked him to stop – to leave, but he was more and more putting his body behind Mary’s, and she couldn’t stop him.

He said her that since the time they met each other, he wanted to “fuck her”, and he asked, “But, don’t you want it?”

Mary kept on saying no, no, and no…but it was totally in vain.

She was in shock!

He was her friend, she trusted him! How could he do that with her?

In his third attempt, she got out of the bedroom and went to her room mate's bedroom – and stayed there for a long, long time.

When a Woman Says “No”, That Means NO!

Mary tried to explain to him that what he did was a violent act, but he did not understand.

Maybe he thought Mary was crazy, or she that created a lot of drama of such situations?

He even said he thought that Mary wanted to have sex because when she was sleeping, she “touched” herself. So, she was “asking for sex”.

He did not respect her. He did not feel she did not want sex.

But she was afraid; she was thinking about a lot of the violence that she suffered in her life, and she wanted that to stop.

We Are Not Sex Machines Desiring a Man

Mary still cries when she thinks or talks about it; she just can’t trust in men anymore, she doesn’t want men anymore.

She is still afraid of men, just like when she was a little girl.

Mary could not scream. She just asked herself that night, “WHY? WHY ME AGAIN?”

Some people told Mary that she should have used her force, too, but Mary hates violence and was in shock; she did not find strength to make another thing that leave that bed.

She took a long shower trying to clean “the mess” in her own body, and then all of the bedroom.

It was a new day, a new life…how many men like this Mary will find in her way?

Yes, Mary is afraid of men, now more than ever…

Loneliness sometimes seems to be more safe than sharing dreams, hopes and lives.

*Names have been changed to protect the privacy of the author and parties involved.