Sanctions on Iran from the Point of View of its Women 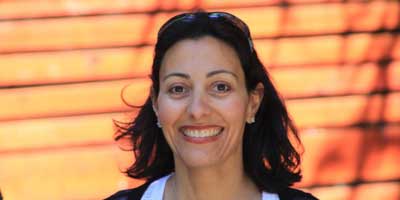 Article reproduced here with kind permission of the author, Maryam Zar - founder of Womenfound and editor of Rahavard (English Edition).

This week Treasury Secretary Timothy Geithner and Secretary of State Hillary Clinton announced new, stricter sanctions on Iranian banks and those doing business with them, in order to put pressure on Tehran to engage in nuclear negotiations. Last week, Senate Republican Leader Mitch McConnell and Senator Mark Kirk introduced an amendment to impose broader, more indiscriminate sanctions against the Islamic republic. They made clear that these were directed at putting pressure on the people of Iran, presumably to topple their government. Arab Spring fever seems to have caught on in D.C.

Practically however, although sanctions imposed on a nation labeled "rogue" may make uninformed readers feel good and some senators more secure about their reelection prospects, they have little foreign policy effect and often fail to achieve the goals they claim to enable. They affect people on the ground in a tragically adverse way, and most commonly affect women and families to a crippling degree. For most women, they make life in a sparse economy even more arduous.

The U.S. senators who have introduced the amendment to impose broader sanctions against the Iranian people argue that if Iran's economy were to "collapse" under the weight of sanctions, then its people would rise up against their government. No doubt, the current regime in Iran is not well loved by its people, perhaps least of all by its burgeoning population of modern-minded women. But sanctions by the West will not motivate a historically nationalist people to topple their own government.

Iran is made up of a population that is overwhelmingly young, with a median age of 26. Its population is evenly divided between male and female, and among women of childbearing age, the average number of children is just under two. Iranian women are educated and make up at least 60 percent of its university population. They are intellectually on a par with the nation's male population, and their intellectual awareness coupled with their right to education, which was established in the 1930s, makes them a demographic that has consistently demanded legal equality and civic freedoms, both under the secular regime of the Shah, and now under the current theocratic regime. Today women in Iran make up more than 30 percent of the nation's workforce as doctors, lawyers, professors and lawmakers and fill a wide range of blue-collar jobs, which are the backbone of the economy. Sanctions threaten to chip away at this level of economic involvement directly and immediately, disempowering women and consequently marginalizing their children, who are already struggling under trying circumstances.

When I worked in Islamic Iran I had many female counterparts in the professional world around me. They were neither silent nor diminutive. They were no more answerable to a patriarchal power than I was, and they were instrumental in executing the work at hand, just as essentially as the men were. They were treated with respect and the dignity that comes with cultural equality (if not the legal equality that Iran's Sharia legal system withholds from them), and though covered from head to toe, they were just as emancipated as my Western counterparts.

Sanctions threaten to take these very women out of the work force. The working women of Iran that make up 30 percent of its workforce and seek economic self-determination, in a part of the world where that kind of involvement is crucial to development, will find their jobs dwindling unmercifully if tougher global sanctions take hold. The women will be inched out of the workforce first as the economy shrinks. No member of the Islamic republic's ruling class will lose their jobs or suffer the indignation of poverty. But the women who work as tailors, housekeepers, shop sellers, fruit vendors, office maids, cooks or assembly-line workers will find themselves nudged out of the jobs that keep a humble roof over their heads and plain food on the family table. Is this where we want the sanctions to be aimed?

Iranian women are an inherently emancipated group. Their struggle for equality has been documented for more than 100 years, and their success can be measured in their achievements, which include a globally renowned Nobel Laureate, celebrated authors, moviemakers, actresses, entrepreneurs, space travelers, journalists, presidential advisors and parliamentarians, both at home and abroad. These are not the women we should marginalize with sanctions that are ill-structured, with questionable strategic impact, and uncertain effects in the short and long terms. There has to be a better way to empower a population looking to disempower the same regime we wish to destabilize.

Sanctions and Sabers - The Insidious Cycle of War

Maryam Zar is a former correspondent, newspaper editor, entrepreneur and successful business person, while also an immigrant, a mother, a wife and a human with a conscience.

She is an Iranian-born American who grew up in New Jersey. She has a B.S. in Mass Communications and Journalism from Boston University and a J.D. from Pepperdine Law School. She moved back to Iran in the 1990s for four years and became an editor at Tehran Times, an English-language daily newspaper in Iran, as well as a writer/correspondent for Gulf Marketing Review (GMR) and Middle East Economic Digest (MEED), published in London.

In 2010, Maryam Founded Womenfound, a nonprofit dedicated to raising awareness about the plight of women in underdeveloped parts of the world, as well as raising money for charities and foundations that help women around the world. She is currently the Editor of the English section of Rahavard Journal of Persian Studies, and the former Director of Women’s Programs at Omid for Iran Foundation, an organization with a mission to promote democracy in Iran. She appears as a guest on several Persian-language programs discussing women and women’s issues, and speaks at events addressing the concerns of women in her community.