A Statement From the Mourning Mothers of Iran 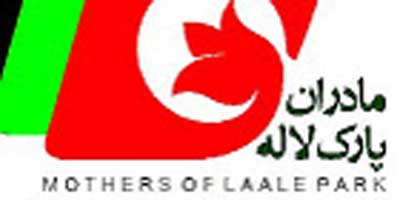 Let us make The International Day for the Elimination of Violence Against Women an occasion to defend all female political-consciences prisoners in Iran.
November 25 has been marked as an international day to fight violence against women in any form. This day was chosen to remember all the catastrophes still happening in Iran and the world that should be prevented.

The date came from the brutal kidnapping, rape and the assassination of Mirabal sisters in 1960 in the Dominican Republic, by the soldiers of the country's military dictator, Rafael Trujillo. The three sisters, Patria Mercedes Mirabal, Bélgica Adela "Dedé" Mirabal-Reyes and María Argentina Minerva Mirabal, alongside with their husbands and as part of the "July 14 movement", were fighting against the Rafael Trujillo dictatorship in an area near Santiago.

Today, Mirabal Sisters, known as "The Butterfly Sisters", are regarded as the symbols of resistance against dictatorship throughout the world. This day was first called by the feminists of Latin America as the day to fight violence against women and then years later, United Nations General Assembly on December 17 1999, designated November 25 as The International Day for the Elimination of Violence Against Women with a resolution.

Violence against women, in addition to colonial violence, is becoming more widespread every day in forms of gang rape,Trafficking, forced immigration, state terror, political, consciences and religious harassment and arrest and assassination of female activists in Afghanistan, Iraq, Congo, Somalia, Bosnia and other parts of the world.

In Iran, in a country which half of its population are not recognized as human beings by law and tradition, the main form of violence against women is sex discrimination and segregation.

Stoning, which the majority of its victims are women, rape, sexual harassment and intimidation in prisons, honor killing, female circumcision, selling and buying of young girls and women, polygamy by men, promotion of prostitution as sigheh (Islamic temporary marriage contract), woman being worth only half a man according to Islamic criminal law, unjust laws of inheritance, legal testimony, divorce rights and child custody, unequal pay for equal labor, forced veiling and ... are all indications of the brutal conditions of women in Iran.

In Iran, women have suffered plenty of torture, harassment, rape and killing. Women prisoners not only have to endure the difficulties of the prison, but have to face additional humiliations by their interrogators, society and families as well. Killing of pregnant women, raping virgin girls before their execution, imprisonment of women with their minor children, forced Islamic veil for women, barbaric coffin torture, psychological torture in order to make prisoners feel guilty and repent, brainwashing by trying to make prisoners feel guilty because of their separation from their families, forcing women into sexual intimacy with their interrogators, prisoners committing suicide because of being kept in isolation, torturing the wives and mothers to get information about other family members and finally, assassinations have been going on in in The Islamic Republic of Iran since its inception. For example, Zahra Kazemi, Zahra Bani Yaghoub, Shirin Alamholi, Parvaneh Forouhar, Neda Agha soltan, Shabnam Sohrabi and Haleh Sahabi are amongst women harassed, tortured and killed in the most brutal fashion by the regime.

Our women not only do not have equal human, cultural, social, political and civic rights, they get arrested and put in jail when they fight for these natural rights.

Female lawyers, journalists and artists who are active in women's right are being harassed by the anti-woman regime every day and tens of them are right now are in prisons under the worst human conditions. This group include activists such as Nasrin Sotudeh, Bahareh Hedayat, Behriyeh Golroo, Zeynab Jalalian, Fariba Kamalabadi, Mahvash Sabet, Fereshteh Shirazi, Alieh Eghdam Doost and Mahboobeh Karami.

Also, The Mothers of Laleh Park, Mothers of Khavaran, families of those killed and their supporters are constantly being harassed, humiliated and attacked and put in jail only for seeking justice and get released for a short while only with heavy bails, but are always under threat of being sent back to jail again.

At this moment, two of the supporters of mourning mothers, Leila Seifalahi and Jila Karam Zadeh Makondi, are in danger of serving unjust sentences. They were arrested several times in 2009 and spent 34 days in jail after the last arrest. They were each released with a 50 million Toman bond. The preliminary court sentenced them to 4 years without prole and the appeal court sentenced them to 2 years without prole and 2 years with prole, with 5 years revision possibility. They have to report to Evin Prison within 20 days, according to letters sent to their guarantors in early November 2011.

Also, Mansoureh Behkish, one of the supporters of mourning mothers, whose sister, brother in law and 4 brothers have been executed in the 80s for political activity, has been interrogated, intimidated and jailed several times for seeking justice. In 2009, she was forced out of her job and on March 17 of that year, her passport was taken away at the airport and is banned from leaving the country. She spent one month in jail after her last arrest and was released on bail. Her court date is set for January 4, 2012.

Also, Akram Neghabi, another supporter of mourning mothers has been arrested several times, has spent 2 months in jail after her last arrest and release on bail. Her court was convened on October 31 and she is still waiting for sentencing. Her son, Saied Zeinali, was arrested at home on July 14 1999 and sent to an unknown location, The family has not received any news of him since.

There are other other supporters of mourning mothers in similar situations who are waiting for their court date.

We, supporters of The Mothers of Laleh Park, in solidarity with all brave women, defend women's right all over the world and strongly condemn violence against women as violence against human rights.

We, supporters of The Mothers of Laleh Park, demand immediate and unconditional freedom of all and especially female political prisoners. We demand cancellation of all court sentences and elimination of all violence against women of Iran.

Mothers of Laleh Park are the voice of the victims of the Islamic Republic of Iran in the past 33 years and demand the freedom of all political-consciences prisoners and the abolishment of capital punishment and will not rest till all those ordered and carried out these crime are put on an open trial and brought to justice.
With solidarity and organizing, let us make the struggle of women in the world into a progressive movement against violence worldwide.