IRAN: Mother of Two - "I Will Not Request Pardon" 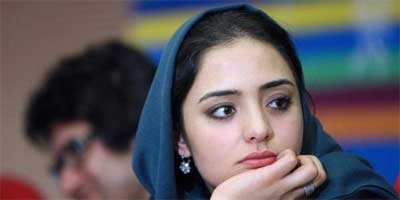 Narges Mohammadi, the deputy director of the Defenders of Human Rights Center  (DHRC) who was sentenced to six years in prison on 5 March by an appeals court, told the International Campaign for Human Rights in Iran that she did not request a pardon, as all DHRC activities were based on the laws of the Islamic Republic of Iran.

In October 2011, Branch 26 of Tehran Revolutionary Court sentenced Mohammadi to 11 years in prison on charges of “assembly and collusion against national security,” “membership in the Defenders of Human Rights Center,” and “propagating against the regime.” Branch 54 of Tehran Appeals Court later reduced her sentence to six years in prison.

Mohammadi’s lawyer was informed of her sentence two months after it had been issued.

The now-banned Defenders of Human Rights Center was founded by Nobel Peace Prize laureate Shirin Ebadi, Abdolfattah Soltani, Mohammad Ali Dadkhah, Mohammad Seifzadeh, and Mohammad Sharif. Security forces closed the center in 2008 and have since targeted many of its members, including Narges Mohammadi.

Regarding her ruling, Mohammadi told the Campaign:

The Appeals Court issued its ruling on 15 January, but for unknown reasons, the ruling for my six year sentence was served to my lawyer two days after the elections on 4 March. This ruling is final and whenever I am summoned by the Sentence Enforcement Unit, I will have to turn myself in at Evin Prison.

Mohammadi, winner of the Swedish 2011 Per Anger Prize for humanitarian work and initiatives in the name of democracy, told the Campaign that she does not plan to object to her sentence because of the lack of due process in her case:

I am not optimistic about such appeals, as the process for my case since the day the DHRC offices were shut down, 20 January 2008, has been such that I no longer hold any hope for objections.

The different ways I have been treated during the past three years, such as getting dismissed from my work through the will of security forces, my completely illegal arrest, the rulings issued against me, and even the timing of the sentence servings, are all based on political will and the security forces, and none of this has been unexpected for me.

Based on what I have seen and experienced during the past three years, my case has never had a judicial process. For example, the intelligence forces had told me all about the 11-year sentence in the lower court and its subsequent [reduction to] six years at the appeals court.

Considering this, my case has not advanced according to the laws of the Islamic Republic, but rather, as a result of the changes in Iran’s political scene. Therefore, I am doubtful that my further objection could result in a fair and impartial review of my case.

Asked whether she has been put under pressure for writing a pardon request or for making fake confessions against the DHRC, Mohammadi said,

I cannot give a clear answer to this question, but I never wrote a pardon request. The Constitution of the Islamic Republic has granted every Iranian citizen the right to be active in any organization, association, or society, and our activities in the Defenders of Human Rights Center were completely based on the international human rights standards to which Iran is committed.

The DHRC was active based on the framework of the Islamic Republic’s laws and the Universal Declaration of Human Rights. Our activities were completely transparent, and we did not have any underground activities.

I am not a criminal. I have not committed any sins for which to request a pardon. I have not engaged in any armed, illegal, ousting, or secretive activities. I happen to think that every single member of the Center has engaged in activities to promote human rights and this has been a source of pride for the country. We don’t deserve such heavy sentences.

I believe that whatever I have done has been with good will and good intentions for my country. I am proud of my performance and know that when we are sent to prison, there are other freedom-seeking citizens who will continue our way. 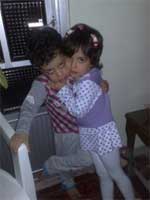 Kiana and Ali Mohammadi, a mother of two young children, may now be summoned to start her sentence at any given time. Reflecting on the timing of her sentence and the future of Iran, she said,

I received such a sentence on the threshold of International Women’s Day.

How can they give such a heavy sentence to a mother on the threshold of Women’s Day and be happy with what they have done? But enduring the pain of separation is one side of the coin, and the other side is hope.

I believe that we will see better days in Iran. I have hope in change.

I truly love Iran. They have confiscated my passport.

If I had left the country illegally, I would have always feared not being able to return to Iran. I love this country.