One Iranian lawyer's fight to save juveniles from execution 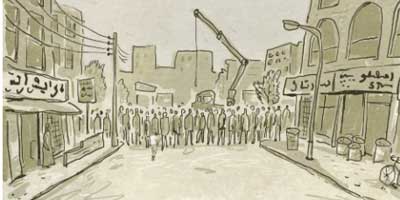 This fim, part of Amnesty International's 2012 death penalty campaign,  tell the extraordinary story of Mohammad Mostafaei, a lawyer who has saved 20 of the 40 juveniles he has defended from execution in Iran.

In this animation from Amnesty and The Guardian, Mohammad Mostafaei tells of one particular case that stayed with him.

Behnoud Shojaee was convicted of murder and sentenced to death in 2006, for a crime he committed when he was 17.

One of Mr Mostafaei's other clients was Sakineh Mohammadi Ashtiani, who was sentenced to death by stoning for adultery.

Following international outrage Mr Mostafaei was called in for questioning by the Iranian authorities and then told to return for more questioning.

When he failed to do so,  the authorities jailed his wife Fereshteh and her brother to pressure him to return.

But Mr Mostafaei fled on 24 July, reaching Turkey by car, horseback and on foot.

He said his wife would not have forgiven him if he had turned himself in.

He is currently in exile in Norway.