The Iranian Who Freed U.S. Hostages 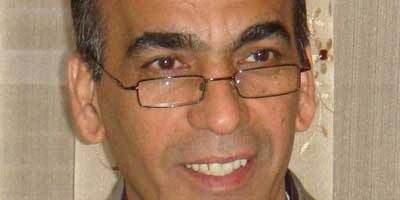 The Iranian Who Freed U.S. Hostages is Now Hostage Himself

Nelson Mandela's wise words capture what felt so impossible to explain over the past few years; what inspired my dedication to fight for freedom for my dear friends, Josh Fattal, Shane Bauer and Sarah Shourd. When the three Americans were freed from a two-year imprisonment in Iran, after being arrested while on a hike, and thanked me profusely, I had to try to explain, "What happened to you was so wrong, so unjust, that I had to restore balance to the world somehow."

I felt a kinship with Masoud Shafii (Sarah, Shane and Josh's lawyer in Iran) from the start, because I could sense across continents and oceans that he was driven by the same conviction as I. I could feel his solidarity. Nevertheless, he made sure to communicate it frequently, asking Josh, Shane and Sarah's families to thank me for everything I was doing. He understands me better than anyone involved in the Free the Hikers campaign, the non-profit I run for human rights justice. We share the experience of facing injustices directly resulting from our unwavering fight for justice for Josh, Shane and Sarah.

To punish him for his work to free Josh, Shane and Sarah, the Iranian regime has confiscated his passport. He cannot travel freely and is prohibited him from practicing law. As Sarah recently wrote in the Huffington Post, "He was just doing his job." And doing it so well."

Josh recently shared his thoughts about Shafii with me:

Courage, integrity and intelligence. Three words that come to mind when I think of him standing in front of the revolutionary courts defending me. I remember the soft persistence of his voice, the truth in his handshakes and the presence in his eyes. A true cosmopolitan and a man, like every citizen, who should be free to work and to travel in liberty-that is, Masoud Shafii.

Josh's reflection validated the connection we shared on the opposite sides of an insurmountable wall. Or perhaps it's just a testament to Shafii's courage, integrity, and intelligence -- they are evident to everyone, even through impermeable borders.

Since Shane and Josh were released, Free the Hikers' supporters have offered to fight for justice for the man who sacrificed so much to fight for them. We have been cautious, however, in our actions out of concern for Shafii. The time has come for us to speak out and tell the Iranian regime that we will not stand by while they commit injustices to the courageous justice defender for Josh, Shane and Sarah.

This post is the first in a series of seven posts to mark 7 months of FREEDOM for Josh, Shane, Sarah and all of us who fought so hard for their freedom. Each post will feature one cause that I am currently working on and encourage you to support the cause with concrete actions. Stay tuned for the rest of the series focused on human rights and mental health issues.

Farah Mawani was co-founder and Director of Social Media & Public Engagement for the 'Free the Hikers' campaign, to free Josh Fattal, Sarah Shourd and Shane Bauer from prison in Iran.