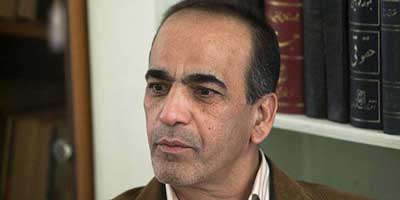 On September 14th, 2010, the day I was to be released by the Iranian Government after being held hostage for 410 days, I would not sign the papers they put in front of me without my lawyer, Mr. Masoud Shafii, present.

Frustrated by my obstinance, the unnamed man who called himself my "judge" finally picked up the phone. Fifteen minutes later, the man Josh, Shane and I had been demanding to meet for thirteen and a half months was standing right in front of me.

That was the first and last time I've ever met Masoud Shafii in person, but after my release I came to know him quite well. While fighting for the release of my fiancé Shane Bauer and my friend Josh Fattal, we had regular conference calls that lasted for hours at a time, often with ten to fifteen members of Shane's, Josh's and my family on the line.

During these calls I came to know about the frustration Mr. Shafii had experienced in trying to defend us, his relentless efforts to visit us in prison and the constant pressure he asserted in the attempt to move our case forward. I also came to know some of his personal troubles, to find relief in his jokes and to admire his incredible determination as our lawyer.

Mr. Masoud Shafii did everything in his power to defend Josh's, Shane's and my innocence within the parameters of Iranian law. When his efforts were stymied, visits denied and court session postponed without explanation, he complained through the proper channels. Despite this, though Shane and Josh were released over six months ago, Mr. Shafii continues to be punished by the Islamic Republic for his work on our case.

Mr. Shafii has family in the United States and Canada. While he was representing our case, he postponed a trip he had been planning to Chicago to see his sister several times. Tragically, in December 2010, his sister passed away and Mr. Shafii was not able to see her before she died.

Five days after Josh and Shane were released and left Iran, Mr. Shafii, finally free of the obligation to defend us he had been under for twenty-six months, went to the airport in Tehran. He had a plane ticket to Chicago, where he planned to see his family, visit his sister's grave and finally make his peace. Just as he was about to board the plane authorities appeared on the scene. They questioned him aggressively, prohibited him from boarding the plane, confiscated his only valid passport and sent him home.

Since then, Mr. Shafii's life has been far from easy. The next day he was arrested, interrogated and imprisoned. Then, we all held our breath until he was released one day later. Though over six months have passed, Mr. Shafii's passport has not yet been returned to him. He is apparently under investigation and has been called in several times for questioning. He had also been forbidden from taking several new cases and practicing as a lawyer, a profession he has held for twenty years.

Unfortunately Mr. Shafii is not alone. Barring lawyers, journalists, filmmakers and others from leaving the country and practicing their professions has become a routine practice under the current regime. The Iranian Government put film director Jafar Panahi under a twenty-year ban on his profession as well as a travel ban and possible six-year prison sentence (see his new film This Is Not a Film). Human rights attorney Nasrin Sotoudeh was banned from practicing law, leaving the country for twenty years (which was later reduced to ten years on appeal) and is currently serving a six-year prison sentence. Lastly, Mohammad Seyfzadeh was sentenced to a ten-year ban on practicing law. All of these people, if they have not already been arrested, are living under the threat of imprisonment, as prisoners in their own country.

In the letters I received in prison from my mother, she often referred to Mr. Shafii as "A Lion" and I believe it's true. Only someone with the courage of a lion could have stayed true to his beliefs under so much pressure for so long. Though Mr. Shafii did absolutely nothing wrong and broke no laws, he must have known he was taking a risk when he took on our case. Still, he did it because he believed in our innocence and knew it was the right thing to do.

By punishing Mr. Shafii, the Iranian government is sending a message. They want to make it clear to other lawyers in Iran that if they dare to take on political cases such as ours, the same will happen to them. In 2009 Archbishop Desmond Tutu publicly addressed the Iranian government on behalf of Josh, Shane and myself, "Stop playing games with their lives," he stated candidly. Now, I would like to echo this same sentiment on my lawyer's behalf. Mr. Masoud Shafii deserves to visit his family and sister's grave in the U.S. He deserves to continue in his profession.

Stop playing games with his life. He was just doing his job.

Sarah is an advocate for Political Prisoners in Iran, United4Iran