Released from prison in Iran on suspended sentence, 25th December 2010

Navid was reportedly sentenced to three years of suspended imprisonment, during a closed door court session in which he did not have access to his lawyer. 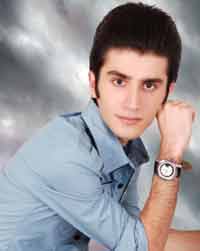 November 14th Navid was charged with:

"On this day, I am hoping for a world without violence and humiliation, and joy for the thousands of women in Darfur, Sudan who are suffering from homelessness and gang rapes,

Thousands of young girls in North Africa and other developing region who have to run away from home because their families won’t accept them if they fall in love with someone and will stone them to death,

For the thousands of young girls who are forcefully circumcised and their organs are mutilated, for the millions of women all around the world who face domestic violence, women whose lives and whose children’s lives are endangered because of the lack of basic health care,

For the millions of women who are forced into prostitution by poverty, for the suffering women who don’t even have access to the most basic right of education and women who are lashed for wearing pants in Somalia.

I also want for them to live without violence, discrimination, inequality and for them to have a better financial life as well as to have access to health care and education.

And for the women of my own country who are being brutally suppressed in the most vicious manner,

I wish a society without violence, oppression and without gender-specific violence."

Thirteen days ago, January 27, was my birthday.

I always used to try to spend my birthday happily and wanted it to be a special day and different from other days of my life. This year, it was my 18th birthday. The 18th birthday gives one an interesting feel as one both becomes of legal age and gets new responsibilities.

I came to check the news on my birthday. The headline read: “Arash Rahmani and Ali Zamani Executed”.

For a minute, I could not believe my eyes. Looking at the monitor, I was not sure the Islamic Republic would take such a big risk and create such anger and hatred towards itself. I thought they’d be afraid of reactions from inside and outside the country and forgive these two innocent men and not execute them. But our calculations were wrong. They probably sat down and thought the February 11 [22 Bahman in the Persian calendar; the Islamic Republic’s anniversary date] was coming and if these executions managed to scare even 50,000 people and stopped them from coming out to protest, it would be worth the risk.

This morning when I came to put a new blog entry on my website that I had written earlier, I realized that my blog had been filtered. My blog before this one had already been filtered. I don’t have much time to write these days because I’m busy with preparing for the entry exam so I have been unable to write or check my blog. I don’t know why my blogs which I update once a month or so would scare these people so much as to filter it within a couple of weeks of its creation.

I transferred all my blog archive to my new blog within half an hour without it costing me a dime while they spent money filtering my blog. We do not agree with them spending money to filter websites. If they had spent the money that they spend on filtering sites, sending viruses and worms to computers and other cyber attacks on useful things, things would be much better for us than what it is now. But alas, they’ve closed their ears and don’t want to hear our heartfelt advice. It’s okay if they don’t want to listen, though, it will harm them in the end. These censoring of websites really hurts their image in the public’s eye.

The First Birthday of the Blog

The 10th of February, happy first birthday to my blog! In the past year, I have written 37 entries and have been at your service. I am thankful to everyone for following my blog and giving me hope in the past year with your comments and suggestions. We are also thankful to those who used foul language and caused embarrassment for us. We are not upset with anyone and hope for forgiveness for everyone. Even though in the past year, I was unable to get to the blog and work on it as much as I wanted, there were still many visitors and I’m really happy because of this. We are also thankful to Blogfa who closed our blog and of Webgozar, which eliminated the stats for our blog several times out of jealousy.

Dear friends, Because of the weight of schoolwork, until further notice, this blog is suspended. I will be back soon. Goodbye.