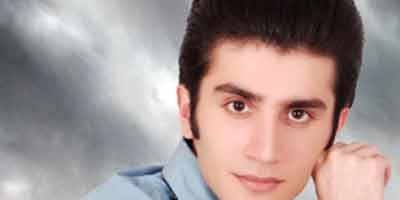 Navid was reportedly sentenced to three years of suspended imprisonment in a closed door court session in which he did not have access to his lawyer.

Navid was first interrogated in 2008 after attempting to organize events for International Women’s Day.

After two years of pressure and repeated summons, he was arrested again on September 18, 2010 at his father’s home in Amol, Mazandaran Province, in northern Iran by the Caspian Sea.

Eight security officials raided his father’s home and beat Navid during the arrest.

He was first held in a local revolutionary prison but later transferred to a general prison in Sari, the provincial capital of Mazandaran.

Prior to the trial, Navid was held in solitary confinement for over a month.

Prison officials told his family that he would not be released from solitary until he “showed remorse” for his actions.

For an 18-year old, even one with the strength and fortitude Navid has, solitary confinement can be psychologically damaging.

He was held without charge for nearly two months until November 14, when he was brought before a revolutionary tribunal in Amol.

The likelihood of Navid receiving a fair trial in such a setting is miniscule. In Iran, Islamic Revolutionary Courts try specific offenses that are seen as a threat to the existence of the Islamic State, such as endangering national security, conspiracy to undermine the Islamic Republic, insulting Islam, spreading corruption, inciting unrest and narcotics offenses.

Navid was not permitted the counsel of his lawyer, Mina Jafari, although legal representation is guaranteed under international laws to which Iran is a signatory.

In addition to being denied legal representation, Navid is being held incommunicado in prison with ordinary prisoners, some of whom may be physically violent or otherwise dangerous.

He currently shares his small cell with a convicted murderer.

The prison is over capacity, sanitation and health services are lacking and the food's quality is terrible.

Navid has not been permitted to have visits from his family or Ms. Jafari.

His family is under pressure not to contact media or publicize his case.

Navid's youth and activism for women make him a target and someone to be made example of by the Iranian regime, which fears both.

A bright and hard-working student, Navid was accepted into Tehran's Azad University to study Political Science.

Khamenei has criticized university social science programs for threatening religion. Education official Abolfazl Hassani announced changes to university programs in October, citing that the social sciences do not adhere to Islamic principles and are too “western” for Iranian universities. If the hard-line government can control education, they can, in their minds, control what the population thinks. Students like Navid who read feminist literature and dare to blog about equality and women’s rights are a threat to this attempted indoctrination.

The national security and propaganda charges are a favorite of this regime.

Many political prisoners, human and women’s rights activists, human rights lawyers and activist students are charged with variations of these charges. They are the foundation for lengthy prison sentences.

Hossein was detained, held in solitary confinement and tortured in Evin Prison for over 305 days before his trial.

At one point Hossein's brother was tortured in front of him, in an attempt to pressure Hossein to make a televised false confession.

He found out about his sentence not from the court or even the judge, but from the court clerk, who forced him to sign and “accept” the sentence. What could possibly warrant a 15-year sentence? According to the Islamic Republic, 10 years for membership in an internet group called Iran Proxy, 1 year for propaganda against the regime, and 2 years each for insulting the Supreme Leader and insulting the President.

Many political prisoners, human and women's rights activists, human rights lawyers and activist students are charged with variations of charges of propaganda and threatening national security.

These charges are the foundation for lengthy prison sentences.

The underlying cause for Navid's charges is that he has been an ardent supporter of the One Million Signatures Campaign. Started in 2006, the campaign advocates freedom and equality for women. Although the organizers adhere to Iranian and Islamic laws, they have been targets of further oppression by the authorities.

Navid is the youngest known member or supporter of the One Million Signatures Campaign to be arrested.

Navid Mohebbi is especially unique in that he is a man dedicating and risking his life for women’s rights. His bravery in the face of oppression is a testament to the power of women’s rights.