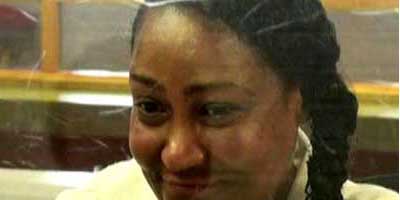 Linda Carty's case was denied review by the US Supreme Court in June 2010.

It will now be very difficult for Linda to prevail in any court, and clemency – through the Pardons Board and the Governor of Texas – is the only other option.

In her first major interview since the aftermath of a decision by the US Supreme Court, the highest legal forum in America, to refuse to hear her case, Linda Carty, 51, spoke of the pressures of life under the shadow of execution:

"I look at where I am now, and tell myself that it's an injustice to me ever being born," she said, in one of the darker moments.
"I ask: did my mother give birth to me so that somebody would lock me away, turn me into a number, and decide that I will be killed by the State of Texas?
It's so wrong. It makes you question everything."

After a catastrophically flawed trial, British grandmother Linda Carty was sentenced to death in February 2002 by a Texan court, for allegedly hiring four men to murder a neighbour. The prosecution claimed she did so because she wanted to kill the heavily pregnant woman and cut out her baby to keep for her own.

Reprieve who are involved in helping Linda tell a different story:

Linda was born on 5 October 1958 on the Caribbean island of St Kitts to Anguillan parents and holds UK dependant nationality. She worked as a primary school teacher in St Kitts until she was 23 years old. Guerinot was awarded funds by the court to carry out investigation there but he never bothered to go.

After Linda’s conviction, investigators from Reprieve visited St Kitts and learnt that she was still remembered as a passionate teacher who frequently held extra classes for children with special needs. She also taught at Sunday school, sang in a national youth choir and led a volunteer social-work group. The Prime Minister of St Kitts would have appeared as a character witness on her behalf, if only Guerinot had bothered..

This information would have enabled Guerinot to present her to the jurors as a dedicated teacher and community leader – factors that might well have induced them to vote to spare her life. But although Guerinot applied to the court for funds to go to St Kitts before Linda’s trial, neither he nor his staff made the trip."

Linda also has the support of the British government which states that Texas failed to inform the British Consulate of her arrest..

'which prevented them from providing Linda with a competent lawyer'

The British Government also submitted a very strong argument on Linda’s behalf, stating that Texas’ failure to inform the British Consulate of her arrest prevented them from providing Linda with a competent lawyer -- which would likely have saved her life.

“Linda Carty could not afford a decent lawyer"

"It is completely impossible that my mother committed these crimes, but she had no chance to clear her name. Her trial was so unfair. We are trapped in a legal system where if you don't have money, you don't have rights or justice."

As Texas gets closer to its 460th execution in nearly 30 years, we ask "how does the US have the moral right to condemn the Human Rights records of other countries, while at the same time allowing a potential gross miscarriage of justice to result in the death of women like Linda Carthy?"