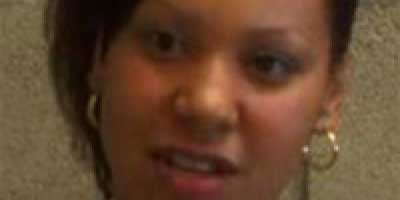 Sara Kruzan was imprisoned for life without parole at the age of 16, after being coerced into fatally shooting her pimp George G Howard.

Thankfully, in 2010, Governor Arnold Schwarzenegger commuted her sentence to life imprisonment, with the possibility of parole. The United States is the only country in the world that hands down life sentences to minors.

September 18th is a critical day for Sara.

On September 18th, Sara's case will again be put before the court. Kim and Sara’s supporters are hopeful that she will be released.

I had the pleasure of interviewing Sara’s friend and former cellmate Kim Deanne, who is leading the campaign to have Sara freed from prison. She is doing so through Free Sara Kruzan, an organisation she founded six years ago.

Shocked by Her Cellmate's Story

Kim is thirty-two years old and has been campaigning for Sara for the past six years. The foundation involves Carrie Christie, Jesaka Auset and Sara’s aunts Anne Rogan and Cecilia Swiney, along with a multitude of supporters.

Kim says that she was completely shocked and devastated after Sara shared her story with her.  She says that she was horrified to learn that men would put children on the street and sell their bodies.  Furthermore, she states that Sara suffered a great deal of abuse throughout her childhood. Hearing Sara’s story, she felt compelled to take action.

Upon her release, Kim promised Sara that she would get her out of prison because she felt that her sentence was unjust:

“In 2004 I got into trouble and met Sara in prison. We were cell mates.  Sara and I quickly became friends and she shared her story with me. Before I went home in 2005, I made a promise to Sara that I would not leave her there alone.  I promised that I would do everything possible to bring her home.”

Sara had a rough life at home. She was mentally and physically abused by her mother, and her absent father was a heroin addict, in and out of prison. Sara was sexually molested at five and suffered from severe depression at nine.  She was molested again when she was ten.  Regardless of the abuse she endured Sara still managed to excel in school.  She was on the honour roll and won a Young Author’s award in school when she was eleven. Sara was eventually placed in foster care.

At age eleven, Sara was walking home from school when she met G.G (George Gilbert Howard), a thirty one year old sex trafficker.  G.G. bribed Sara with ice cream, then took her to his house and molested her.  G.G. continued to rape and molest Sara, grooming her into becoming a child sex slave. G.G. began prostituting Sara when she was 13, and prostituted her for three years.

Kim states that she never met G.G., but that Sara’s aunt, Anne Rogan, was introduced to him by her mother.  Anne immediately became suspicious of him and tried to intervene, but Sara’s mother told Anne to stay out of the situation.

In the court documents, Sara states that she met her friend’s uncle, James Earl Hampton, who was a rival sex trafficker. Hampton told Sara that he would kill her and her family if she did not kill G.G, and then furnished her with a gun and a pager.

The judge at Sara’s trial was presented with documentation on Sara’s circumstances from psychologists, the California Youth Authority and Child Protective Services.

However, Sara was told that she lacked moral scruples and was sentenced to life in prison, plus four years (for the use of a firearm) without the possibility of parole. Human Rights Watch calls this type of sentencing ‘Extreme Sentencing for Youth Offenders.’

Kim states that Sara expresses great remorse for what she did. In the video created by the Human Rights Watch in 2007, Sara said that she definitely knew that she deserved punishment for what she did, but just how much, she was unsure. In this same video, Sara talks about how she believes that she could be a great role model for victims of child abuse and sex trafficking if she were to be released.

A Mentor to Other Prisoners

Although Sara’s life in prison is tough, as Kim can testify, Sara makes the best of her time there. She recently earned a degree from college. Sara’s aunt Cecilia and other supporters visit her regularly, and she regularly receives mail from supporters.

Sara uses her time to mentor other prisoners, form discussion groups and work on the prison grounds. Kim believes that during her time in prison, Sara has grown into a beautiful woman, who has learnt from her mistakes, and expresses remorse for what she has done. Recently, correctional officers named her ‘Woman of the Year.’

From 2006 until approximately 2009, Kim worked alone on bringing national attention to Sara’s case.  In 2007, the Human Rights Watch created a video of Sara telling her story, which helped the case tremendously.  Free Sara Kruzan began using the video as a tool to share Sara’s story to the masses.

Kim personally has not had the chance to speak to politicians about Sara’s cause, but is aware that there are a number of politicians who support Sara, including Senator Leland Yee.

Sentence Commuted to Life With Parole

In 2010, the support for Sara’s plea was so great that Free Sara Kruzan was able to petition then-Governor Arnold Schwarzenegger to lessen Sara’s sentence.

After a long campaign, Arnold Schwarzenegger commuted Sara’s life without parole sentence to life with parole, stating that he believed her sentence was excessive due to the suffering G.G caused her. Because of his decision, Sara now has an opportunity to be free. At the time of what people called a ‘rare commutation’ Sara had already served 16 years in prison. The decision was bitter sweet for all who campaigned, supported and worked so hard, but more importantly, for Sara.

Governor Schwarzenegger had the power to grant Sara full clemency, allowing her to walk free, or to further lessen her sentence. Although Sara was extremely grateful for what he had done, she was naturally disappointed, as she had been so anxious and held high hopes of release.

During Sara’s trial, the California Youth Authority stated that Sara was amenable to treatment and recommended that she be released from prison by age twenty-five. Sadly, this recommendation was ignored, although it is not too late to rectify this error.

On September the 18th, Sara’s case will again be put before the court, Kim and Sara’s supporters are hopeful that she will be released. Paul Zellerbach, Riverside District Attorney, will decide whether Sara will walk free with time served. He may also refer the trial to a later date or do nothing at all, allowing the sentence to stand.

At age thirty-two, Sara has spent over half of her life in prison.

On the subject of Sara’s potential release, Kim states that she can’t imagine being in prison for eighteen years and then suddenly being released. She imagines that upon release, Sara would spend a lot of time with family and friends, enjoying the world around her. Kim states that if Sara is not released on September 18th, Free Sara Kruzan and supporting organizations will continue to fight for her release, not backing down until she is freed.

The Bigger Picture and the Need for Reform

Kim likens the prison system in California to a business, and states that they have little care for the wellbeing of juveniles. She states that the 18 years that Sara has been imprisoned has cost taxpayers nearly $1 million dollars, an unnecessary and exorbitant cost. She believes that the Juvenile Judicial system is most definitely in need of reform, and she is not alone. She argues that juveniles need guidance, a loving home, access to mental health services and gradual rehabilitation back into society, not life in prison.

Michael Harris, a senior attorney at the National Center for Youth Law states that juveniles are more amenable to rehabilitation because their brains are still developing. Kim states that the justice system should take into consideration a child’s home life, and that if the child experienced any neglect or abuse, this must be taken into account by the court. As is the case in every other justice system in the world, the US justice system should acknowledge that children are not adults, and as such do not have the mental capacity and reasoning powers of an adult in determining moral and immoral. Thus, youth should not be sentenced as adults.

Kim believes that Sara may have benefitted from a more remedial approach, such as suggested above.

Juvenile Sentencing in the USA

Sara is currently one of around 300 Californians imprisoned as a juvenile with an adult life sentence. The state of California is home to over 10% of Americans imprisoned as juveniles carrying adult sentences, meaning that across the country, around 2500 people have experienced this grave human rights violation. As stated above, there are no other documented cases such as this that exist anywhere else in the world. This trend is extremely concerning given the commitment of the United States to promoting justice, freedom, democracy and human rights.

Juvenile life sentencing breaches the Eighth Amendment of the US Constitution, that ‘excessive bail shall not be required, nor excessive fines imposed, nor cruel and unusual punishments inflicted.’ Sara’s punishment can most definitely be defined as cruel and unusual given her age at the time of conviction, and given that she was a victim of crime as well.

Fortunately, Kim and the team at Free Sara Kruzan have had a great deal of support, both in the USA and internationally.

Human Rights Watch helped to create the video of Sara that Free Sara Kruzan and other organisations use to spread awareness about life imprisonment for juveniles, and about sex trafficking. Her thanks also go to More Than a Purpose who were instrumental in putting together the social media blitz for Sara in 2010 when Free Sara Kruzan petitioned Governor Schwarzenegger. Rachel Lloyd and her organisation Gems have supported Sara’s plight. Sara recently endorsed Prop 35, which is an initiative formed by California Against Slavery to strengthen laws on human trafficking and online sexual predators, and they have supported Sara for quite some time now. Don’t Sell Bodies, an organisation founded by Jada Pinkett Smith and Salma Hayek, also support Sara.

** Disclaimer: this article by no means condones the actions Sara took as a teenager, but instead seeks to highlight the circumstances that led her to do what she did, and some current injustices within the United States Justice System.

Claire Poyser is studying humanities, majoring in international relations and politics in Australia.

Since then, I have been working hard to share what I learnt at the summit and further highlight the injustices faced by women and girls."