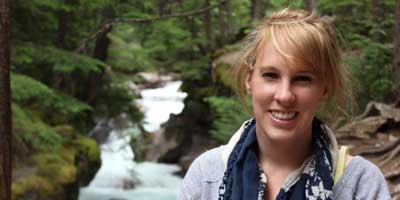 Interview by Courtenay Forbes, Global Correspondent for Safe World. May 2014.

A recent BBC Three documentary titled ‘Life and Death Row’ explored the final days of those sentenced to die in Texas, as well as the impact of capital punishment on the families of both the victims and criminals.

One episode focused on the lawyers whose job it is to put forward a mitigation case forward on behalf of the convicts, in order to postpone the execution or re-open the case.

The documentary followed the work of death row attorney Kelly Hickman, who started working with people on death row as a college student. Kelly is now an attorney with the Texas Innocence Network.

Following the documentary, I was fortunate in being able to interview Kelly.

Here, Kelly gave me the unique opportunity to gain an insight into the work she does, what this means in a broader context and for her, personally.

Amongst recent media claims that many young people in the UK want to see a return to the death penalty, this timely interview provides a real and unedited account of what the use of capital punishment really means.

What made you want to go into criminal law?

I actually stumbled into criminal law. Nobody in my family is a lawyer, and I really didn’t know what I wanted to do with a law degree, so the summer after my first year I started applying for internships.

I ended up getting accepted to work at the Harris County District Attorney’s Office (the state) and I fell in love with it. I figured I would work for them once I graduated, actually.

What have been some of the major challenges you’ve faced as a legal professional in the US justice system, and, in particular, the justice system in Texas?

Outside of just wishing that the courts would agree with us more often, funding. Our work is chronically under-funded: courts reduce the fees we’re entitled to, refuse to fund needed experts (so we’re forced to pay for them out of pocket, if possible), and the list goes on.  That’s why most organizations like us rely so heavily on grants and donations.

It seemed from the documentary that your family may be not totally in support of your working with people on death row. Is that a very common response you get when you tell people about your work?

People in Texas have formed a lot of very strong opinions on the death penalty; unfortunately not a lot of those decisions stem from the harsh reality around the death penalty. For the most part though, my friends and family support me (whether or not they understand it).

Have your family come round to a different view at all since the documentary?

No, they haven’t. My family is very supportive of me and my job. Really, they just want me to be happy…but they totally agree with the death penalty and I’ll never be able to change their minds, and I accept that.

How do you cope with the emotional stress of being a death row attorney?

You know, I get asked that a lot. I’m not sure what my answer is. There isn’t some big or particular activity I do to help de-stress. I think I just compartmentalize well.   Also, I have a cat, and spending time with an animal is amazing for helping handle stress.

What is your opinion on Texas’ use of the death penalty? Do you feel there are some crimes for which it is justified?

All that is a rather long-winded way of saying that I think that the death penalty is wrong for a myriad of reasons, and for those same reasons I don’t feel like there are any crimes that would justify its use.

What are the psychological effects on a prisoner who is sentenced to death but who then spends several years on death row awaiting an execution date?

Texas death row is a very hard place. To my mind, Texas is one of the toughest death rows in the country: our clients spend 23 hours a day in a cell (Ad Seg).*

They’re allowed no “piddling” activities, they don’t have a TV (but they do have a radio); basically, all they do all day is read – if they can, and listen to the radio and talk to other inmates. They never get to physically touch a person again (except with limited circumstances, guards).

How that impacts a prisoner depends on the prisoner. Some better themselves, some find religion, some break under the pressure, and some get worse. Ad Seg is brutal psychologically and has been in the news a lot lately as a result.

What is the impact on the families of those on death row?

It really depends on the inmate and their family. A lot of our guys don’t have a relationship with their families, some come from families with a history of crime, and for some, this is unexpected and surreal.

The majority of the US is in favour of the death penalty, although that seems to be steadily decreasing.

How are protests against the use of the death penalty, as seen in the BBC documentary, received by the media in Texas?

They really aren’t discussed in the media. Anytime there is an execution, generally it’ll be a spot on the news, sometimes more – depending on the murder and the county, but nothing more than a few minutes.

In the UK, the case of Linda Carty, the British citizen condemned to die on death row on very shaky evidence, has received a lot of media attention in recent years. How much is known of her in the US generally?

Not very much. The death penalty in Texas is kind of a fact of life. Whenever an appeal is denied it might make the local news/newspaper, but not in any sort of prominent way. Trials get a bit more publicity.

Assuming she gets executed, I would anticipate more of a response because of Vienna convention issues/international law and that she’s a woman.

Do you think that Texas’ idea of itself as a state in its own right has an impact on the success of appeals for these cases to the Supreme Court?

The death penalty appeals process is very complicated. Texas' criminal high court (the Court of Criminal Appeals) gets two stabs at a death penalty case. In theory, they decide a case based on their interpretation of Texas state law. Because it is a state court interpreting state law, the federal courts are only supposed to review for Constitutional errors and clear error (basically, did the judge really mess up), which means that their hands are tied a lot of times.

There are other factors at play that impact Texas' decisions. A big one is that judges are elected. Another big one is that the death penalty is popular in Texas.   The legislature makes up laws that fly in the face of Supreme Court laws, which the Supreme Court doesn’t acknowledge/deal with. It’s a very messy system.

What are your thoughts on recent data which suggests a high proportion of young people in the UK want a return of the death penalty in this country?

It surprises me.  Younger people tend to be more liberal and to advocate for the use of capital punishment is something I see as distinctly conservative. But, I think it’s coming from a place of lack of knowledge. It’s just an impassioned response. Hopefully the documentary sheds some knowledge.

What would you say to one of these young people who think the most serious crimes deserve capital punishment?

I think there is always more to the story. Wanting the death penalty is a powerful knee-jerk reaction and understandable.

A lot of the serious and heinous crimes get a lot of media attention (at least here) and it scares people and people react accordingly. But, what does it really accomplish? The death penalty is significantly more expensive and error-prone.

Why do you think the BBC3 documentary ‘Life and Death Row’ is important? What do you hope it will teach UK audiences?

I think there are some very pervasive misconceptions about the death penalty, I think the documentary is important because it attempts to shatter those beliefs.

My parents, for instance, cannot fathom how mitigation works in a death penalty situation. They think that if you murder a person then you should be subjected to the death penalty. But, a large part of that is because my parents have grown up in as safe and happy an environment as possible. In those situations it’s hard to imagine how dark and tragic an upbringing some of our clients have had. Mostly because we don’t want to believe people are being raised in that type of environment.

I hope it teaches UK audiences that the application of the death penalty is not black and white and never can be. There are grievous errors made. There are unfathomable injustices. There is a gross lack of funding and resources.

To have the death penalty will never be as easy as people want it to be.

Why do you think these particular cases are important examples of life on death row?

I don’t know that I would make the argument that these cases are examples of life on death row. Three out of five guys were white, one was Hispanic, and one was black.

By far, blacks and Hispanics are sentenced to death in larger quantities (though I believe in 2013 whites actually received the death penalty more, but that’s an exception and not the rule).

I think that the cases are representative in the sense that they discuss the tumultuous past most of our clients have. Pruett’s case is jarring, but not atypical.

Most of our guys have had hard lives.