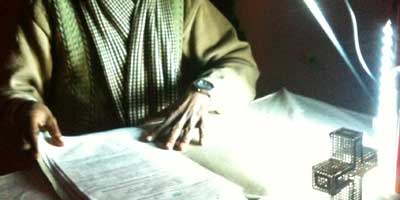 History of Minorities in FATA

The Christian community set up in Federally Administrated Tribal Areas (FATA) in 1914 when they said farewell to Sialkot, a city of Pakistan. They had been settled at military camps in different parts of the FATA when the British ruled over the subcontinent.

While the living history of Sikh and Hindu communities goes very far back in the history, according to an elderly tribal man, Ameer Khan, “Sikhs and Hindus have been living in the tribal region since the era of our forefathers since 18th century.”

Another tribal elderly man, Sameer Khan, further expressed that “shops and other types of business were set up and local inhabitants mostly trusted them.”

There are still a lot of ancient and historical places of minorities in the tribal zone, but due to lack of government interest, they went to ruin.

Before illustrating the minority issues, we have to introduce the dangerous conflict zone – FATA.

The FATA are located in northwestern border of Pakistan, just across the border of Afghanistan, where 4.1 million people reside. The area is divided into seven agencies including Bajour,

Mohmand, Khyber, Orakzai, Kurram, and North and South Waziristan. Each agency is administrated by a political agent and governed by the federal government directly in the FATA.

Taliban and Persecution of Christians

The political agents commemorate supreme power in making decisions in the FATA; FATA emerged with a unique status after 9/11 when the Taliban approached the area after the fall of Afghanistan in 2001. The Taliban imposed strict Sharia law against the Christian community directed to stop their own ways by giving drums on rent to the local tribes for marriage ceremonies.

The Christian community members were taken in torture for violating the impositions of the Taliban.

In 2008-09, minorities were kidnapped, tortured by the Taliban groups while the fragile government in FATA did not end the violence against the minority. The Christian community led successful protests to free their members.

However, the government seemed just like silent spectators who failed to protect the lives of the minority population.

The Pakistan Army severely directed to Christian community members in October 2012 to vacate the area forcibly, without given them prior notice and cause. The direction spread fear and restlessness among Christian members. Some families migrated to Peshawar city while others decided to fight for their residential rights.

The Army officials did not provide any information about the notice when local media persons approached them.

There was a small segment of minority population in the FATA, but with the passage of time, their generation extended. Now, the population growth of minorities has expanded to over 50,000 including Christians, Hindus, and Sikhs - living in the area since Pakistan came into being.

The Sikh and Hindu Community were residing at Tirah valley since the 18th century; nowadays, it is the hub of Taliban groups. When the situation become worse in the valley, the Sikh and Hindu communities folded their activities and fled the area, resuming their business activities in the city of Peshawar, Pakistan.

The government did not provide sufficient protection measures while local tribal people were also affected due to militant’s brutalities and military operations. It’s the foremost duty of state security departments to provide protection to the citizens, but the security institutions in FATA have failed to protect the lives and businesses of minorities.

In 2009, two Sikh community members were kidnapped by a Taliban group for ransom and were released shortly after money was paid to them. The government did not play a vital role for their safe release.

The lives of the Christian minority are even worse than that. They have been living here since a century ago, but they are not recognized by the government and local people as having a tribal identity.

They have been deprived from domicile, which is a tribe recognition certificate.

According to the country's law, article 25-A, domicile is the fundamental right of minorities. However, due to lack of government interest, the issues have been hanging for long time in the resolution path.

A senior member of the community said that the government has given permanent residential right to the Sikh community of the Khyber Agency, while the Christians and Hindu communities have been denied the same right, despite the fact that they have been living in the agency for a long time.

FATA and the Pakistan Constitution

FATA is a part of Pakistan's territory, but the 1973 constitution does not extend to FATA – that’s why there's a need to bring an amendment in the constitution to bring the Christian community into mainstream citizenship and development.

However, due to Frontier Crime Regulation (FCR) law does not give rights of Christian Community to become tribesmen.

The domicile is a recognition certificate of a tribe – dual-signed by the relevant tribe elders to make a clear verification of it. Without a domicile certificate you cannot not get a job, admission in university, and cannot buy property.

The Christian minority cannot own property due to the domicile issue.

The members of Christian community claim that due to non-provision of domicile certificates, they are no longer able to buy one inch of land despite having lived there since 1914.

They further elaborate that they have to get national identity cards (NICs), but Afghan refugees have also got NICs from Pakistan; however, the domicile certificate is the basic thing which gives one the permanent residential rights and they have been of denied of this.

Moreover, the political administration banned the Christian minority from rebuilding new houses, inducing them to live in overcrowded houses.

Young Christian community members state that domicile is a prerequisite for taking admission in college or in universities in reserved seats. They are awaiting their admission, but not having domicile certificates causes them to be unable to maintain their academic careers.

Due to not deserving the right of domicile certificate, most of our educated Christian youth are doing sweepers’ jobs or cleaning latrines. Our youth further added remarks that due to militant attacks on the Christian community in 2008, the local authority has not provided adequate protection measures and remain silent spectators.

The tribal customs do not permit women to get higher education while the Christian tendency towards education is high.

That’s why they are denying the right of domicile to the Christian community.

The domicile registration issues have a very adverse affect on women.

Even if they obtain a higher education, Christian community women are subsequently restricted to their homes or take on dangerous work.

They want to take economic initiative, but poverty and the local tribal culture remain main obstacles in their way towards economic empowerment.

The FATA government have hired Christian women as security guards, which is a very risky job in the conflict-ridden circumstances, but pay low salaries to them. The FATA administration are utilizing the services of Christian minority females for their own protection to seize female suicide bombers.

The government of Pakistan has members of the Christian community only doing jobs of sweepers or cleaning the latrines while their women do the jobs of security guards to seize the female suspects in conflict areas, which is tough and inhuman.

These types of work affect human dignity in the tribal region, of those minorities living in the FATA. But despite all these facts, the government officials are also denying them their basic human rights.

The former governor made promises with the Christian community for building colonies, but still nothing has been done so far in this matter.

In 2009, I was requested by the Christian Community Chairman to report the domicile issue through print media to accumulate data, opinions, and interviews of authorities and the elected representative who had been threatened by local elders and warned to stop projecting minority rights.

At the time, dozens of militants and their activists were based at Landi Kotal; it was a challenging task to document the information for the minority story. But passion to work for humanity does not let me compromise on situational circumstances.

The Christian community believed media projection will benefit them, but the authorities and elected representatives do not show interest in resolving issues of minorities.

One can easily see the non-violent movement of the Christian community through their peaceful advocacy via the media. Systematically, they pushed pressure on authorities and elected representatives of FATA and the ministry of minorities in order to gain their attention towards their issues resolution – but failed to do so.

The Christian community knocked each door of democracy to seek someone who could assist them in their struggle for their fundamental rights – each knock put on a deep set of ears.

But despite this, they are hopeful in their peaceful struggle. They approached all the authorities including governors, chief ministers, and the official of the FATA secretariat to resolve the issues, but all are uninterested.

Attempts to Protect the Christian Community in FATA

In in April 2013, the former Khyber Pukhtunkhwa (KP) governor Shukat Ullah Khan made a promise to resolve the domicile issues of FATA Christian community during a meeting held at the governor's house, before the general election took place in the country. The governor met with the delegation of FATA Christian community assuring them for support of their rights, but nothing has been done so far up to now.

The Christian community delegation presented a charter of demands to the governor, but with the passage of time, no single step was taken for their rights and made them discouraged.

Although FATA itself has rich resources, according to estimated figures, the daily income of each FATA agency is about 300,000 US dollars daily. The political agents pass their lives in luxury while the income of FATA – controlled by the federal government of Pakistan, has not given rights to tribal minorities to make developmental plans for utilizing their own incomes.

If the income could be utilized for the development and benefit of tribal people – including minorities, the area could flourish in the future.

The issues of FATA minorities could be resolved if the parliamentarians of FATA authorize and empower in the parliament by bringing constitutional amendments to ensure equal citizenship rights to FATA's people.