Challenges to Women's Health in the USA Continue 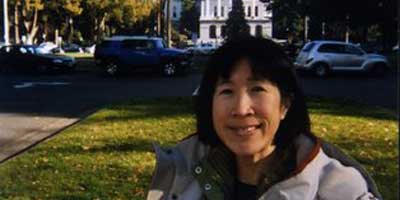 By Jennifer Timmons May 2014

Health is a state of complete physical, mental and social well-being and not merely the absence of disease or infirmity.

– Preamble to the Constitution of the World Health Organization

I recently signed the National Women's Law Center's Pledge to be a Well Woman, in honor of Natonal Women's Health Week (in the USA).

This is to remind myself to make my health a priority, which is easy not to do, with my work advocating for women's rights and dignity via Safe World, petition-signing, and occasional letters to key decision-makers, in addition to attending to family matters.

My mind is in constant overdrive!

Just ask my spouse: it takes me a long time to eat my breakfast and lunch because I forget there is food next to the keyboard.

As well as forgetting for long chunks of time to drink up my thermos of hot water waiting next to my feet, to flush out my kidneys and hopefully avoid another kidney stone attack.

So why bother making my commitment to myself public? I didn't even know there was a National Women's Health Week in the first place!

My answer is that I feel I needed something more public – to make me accountable both to myself and all the women I've encouraged and continue to encourage, to take charge of their own health.

My responsibility to myself.

How can I tell others to take charge of their own health if I neglect my own?

I've had a lifetime of myriad health issues including one that requires frequent monitoring, since the day I entered this world to the present. And thus, I need at least a couple visits to a primary care doctor and maybe a specialist or two, each year.

Surely I'd be in sad shape – or worse, if I didn't receive the care I have gotten over the years, with the help of family and then myself, for insurance and trips to the doctor, as well as from mostly caring (but not always) physicians.

I would be pretty indignant and anxious if I had no way to access the healthcare I need.

And that's exactly how I feel every time I read about yet another state or federal attempt to restrict women's reproductive healthcare access.

According to a recent Rolling Stone article, 2014's Most Outrageous Attacks on Women's Health So Far:

“In 2013 alone, 39 states enacted 141 provisions related to reproductive rights, and half of those restricted abortion care specifically. Unfortunately, 2014 is right on trend so far.

According to the Guttmacher Institute, legislators have introduced a combined 733 provisions related to sexual and reproductive health and rights so far this year, and it's only May.”

Some of these restrictions include:

The last bullet point has been argued by many activists to be state-sanctioned rape. Or put more crudely, invasion without consent. I don't know how you can call it anything else.

Where did lawmakers get the idea that they have the right to deny women their health by cooking up laws to restrict their access to care?

From their own personal or religious beliefs?

That gives them the right to obstruct healthcare access for over half of America's population: women? To impose their own beliefs over the public health of American women?

These lawmakers genuinely think they know what is best for girls and women?

Did they ever consider that girls and women are human beings like themselves? Fully capable of making their own private and personal decisions without interference from any governmental or religious entity?

These laws affect all women, either directly or indirectly. Especially low-income and minority women.

In Texas, women have been adversely affected by laws affecting reproductive health.

According to RH Reality Check,

“The two shuttered clinics were both located in communities where poverty rates are high and many residents are un- or under-insured. The Beaumont facility, in southeast Texas, was the only provider between Houston and Louisiana, while the McAllen facility, in the Rio Grande Valley, served clients in the poorest city in the United States.”

I am only scratching the surface of what seems to be an unending spate of laws that rob women and girls of their agency to make their own decisions that are best for themselves and their families. Laws that deny them their very health because they now have to go through difficult loopholes of bureaucracy, drive long distances, take time off from work to obtain a legal, medical procedure and/or comprehensive and health care.

Laws designed to make their access to care that women need, more difficult, and thus, jeopardizing their health due to the extra stress brought on by the many restrictions. I may be stretching it, but who wouldn't get stressed out if she suddenly had to come up with funds for further medically unnecessary procedures and visits to her doctor?

Why do legislators feel compelled to play doctor, and interfere in the private health matters of a woman and her physician? To legislate what doctors should say (or show) to their patients who are undergoing an intensively painful and vulnerable period.

Would they dare to legislate men's private lives and interfere in their health matters?!

On top of this, there are laws to protect the “conscience” of health care providers.

From what, you ask?

From having to administer services such as abortion care or birth control that they say would conflict with their beliefs.

Authors Joyce Arthur and Christian Fiala argue in their new paper, ”‘Dishonourable Disobedience’: Why Refusal to Treat In Reproductive Healthcare Is Not Conscientious Objection” that

“... the exercise of conscientious objection (CO) is a violation of medical ethics because it allows health-care professionals to abuse their position of trust and authority by imposing their personal beliefs on patients. Physicians have a monopoly on the practice of medicine, with patients completely reliant on them for essential health care. Moreover, doctors have chosen a profession that fulfills a public trust, making them duty-bound to provide care without discrimination.

This makes CO an arrogant paternalism, with doctors exerting power over their dependent patients—a throwback to the obsolete era of “doctor knows best.”

“Reproductive health care is the only field in medicine where freedom of conscience is accepted as an argument to limit a patient‘s right to a legal medical treatment. It is the only example where the otherwise accepted standard of evidence-based medicine is overruled by faith-based actions.”

This is a bit scary, don't you think? Where personal beliefs take precedence over science when it comes to a girl's or woman's health?

I couldn't agree more with the authors and other activists who feel health care professionals who are allowed to exercise their “conscientious objection” are violating medical ethics and abusing their position of authority and trust by imposing their personal beliefs on patients.

To my mind they ought to have considered another career, rather than risk jeopardizing women's health, from inconveniencing patients to witholding important information to denying care...and perhaps increasing their risk of disease or death.

Everyone is entitled to whatever she or he thinks...

but I just cannot fathom how can one claim to have “conscientious objection” when it comes to a woman's health and life.

It is a great relief for me write here that a bill has been written by members of Congress to put the brakes on all this legislative madness against women's reproductive healthcare access.

Introduced to Congress on November 13th, 2013 by a group of pro-choice Democratic senators and representatives, the Women's Health Protection Act of 2013 would, as Think Progress reports:

While the Women’s Health Protection Act of 2013 wouldn’t immediately supersede the existing state restrictions, it would set the stage for court challenges to officially overturn them.”

"In states like Texas and Wisconsin, legislatures are passing bills with the false pretext of protecting health when their only objective is to obstruct and curtail access to safe and legal abortions and reproductive services.

These laws are largely unconstitutional, and some measure of certainty and clarity is required to preempt these regulations and laws so women are not deterred in their very personal decisions based on their own values on how they want to use their constitutional rights."

The Women’s Health Protection Act will provide a clear and certain response to these regulations and laws that impose unnecessary tests, procedures and restrictions — including requirements for physical layout in clinics — on reproductive services."

Why shouldn't there be more accountability for outrageous restrictions?

Health for all American Girls & Women

As someone who has dealt with a number of reproductive health issues, I feel highly sensitized towards other women who've suffered the same or similar – and especially those who may be denied care, through no fault of their own.

I know I am very lucky to be able to have the care I do, and have gotten over the years, but it strikes me as immoral and incredibly insensitive (to put it mildly) that laws are written to cause denial of agency for women over their own bodies, their own health. Their own choices.

All because lawmakers apparently feel their personal beliefs or “conscientious objections” take precedence over women's healthcare needs. And write laws “in the best interests of women” and “safeguard their health”.

I don't think women and girls need any legislators' paternalism and disrespect to make their own private decisions in any aspect of their reproductive healthcare decisions.

We deserve better than that.